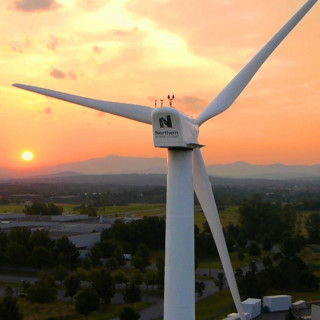 I drive by a single white wind turbine nearly every day. Backdropped by rolling farm fields and the jagged summit of Mount Mansfield to the east, it is a dramatic sight—especially when a storm is approaching and the turbine is bright against heavy, hard metal clouds. I like to gauge the weather by watching its steady blades.

Recently, I learned that the turbine’s nacelle is host to two Renewable NRG Systems IceFree Hybrid® XT turbine control sensors. These sensors communicate wind speed and directional data to the turbine, which subsequently adjusts its position to maximize power production. As for the turbine itself, another Vermont-based company engineers it: Northern Power Systems. 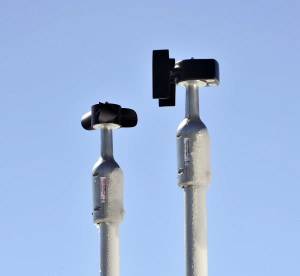 To date, Northern Power Systems has shipped more than 300 of its NPS™ 60 and NPS™ 100 wind turbines with Hybrid XT sensors. According to Chris McKay, Northern Power Systems' director of product management, “Turbine control sensors are a critical component of a wind turbine. They tell the turbine where to turn, when to power on, and when to shut down. Sensors can mean the difference between a well-performing turbine and a damaged one.”

Do you drive by wind farms or distributed wind turbines during your daily commute? Let us know in the comment section. 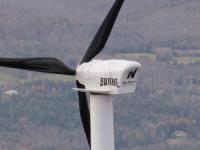