The term “digitalization” has been at the forefront of wind energy discussions in recent years. At the highest level, digitalization refers to harnessing the power of digital technologies to improve business processes. When applied to the clean energy sector, this can manifest as better operational efficiency, more informed decision-making, and the creation of more user-focused solutions based on real-world data. While the term’s prevalence in wind is undeniable, what it means has been somewhat ill-defined due in part to its inherent vastness and innumerable applications. According to Michael Purdue, NRG Systems’ Vice President, Engineering, this was the impetus behind the formation of IEA Wind Task 43, a subset of the International Energy Agency Wind Technology Collaboration Program. 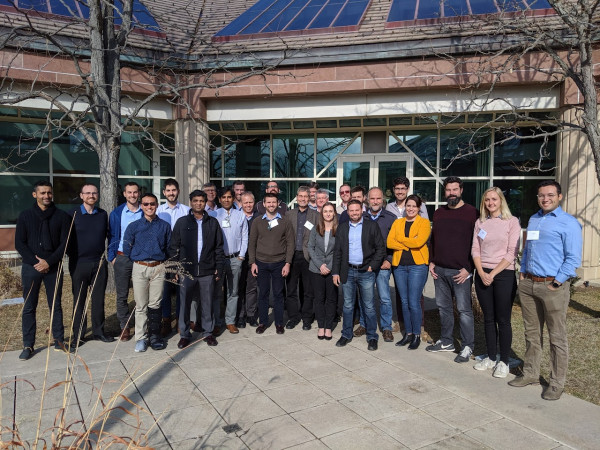 At a topical expert meeting in 2018, leaders from a variety of global organizations were brought together to gain a better understanding of the technologies contributing to digitalization, the current state of digitalization, and potential opportunities for growth. “There was also this lingering question of why do we talk about this topic a lot but feel like it’s still hard to grasp?” said Purdue. “That is really what drove us to create this community of thought leaders; to help us navigate and harness the immense potential of digitalization in wind.”

We sat down with Purdue to learn more about IEA Wind Task 43 and the committee’s goals for the future.

NRG Systems (NRG): What were some of the main concerns Task 43 aimed to address when it launched?

Michael Purdue (MP): Some of the issues that seemed to persist were the definition of wind digitalization itself, which was broad and difficult to nail down; a seemingly unquantified value proposition around digitalization; a lack of standardized datasets for technologies like machine learning and big data; under-adopted data standards; inefficient data analysis; and a dearth of open-source tools for data sharing. These obstacles are really what informed our initial roadmap. From the start, we sought to define in a truly understandable way what is meant by wind energy digitalization. That included describing the current state of digitalization capabilities and practices within the wind energy sector. With that established, we looked to other sectors and their use of digitalization so we could identify and develop recommended practices specific to the wind sector. Finally, we sought to identify the pathways that would help us create this change as well as hurdles we might have to work around.

NRG: Can you talk about some of those pathways and hurdles to digitalization in wind?

MP: The first step to making progress when it comes to digitalization in wind is to make data sharing more acceptable, accessible, and encouraged. Data sharing between the various stakeholders involved in a wind project is essential to optimize processes and truly harness the power of the data captured at all stages of the project lifecycle. But there are a variety of barriers to data sharing. To gain a better understanding of these barriers and how we can overcome them, we interviewed more than 30 wind professionals and heard some of the same issues mentioned time and time again. This led to the development of a two-pronged approach to encourage data sharing that focused on creating a metadata standard, including shared ontology, vocabulary, and semantics, as well as an online platform akin to an industry data marketplace. The very approaches necessary to improve data sharing also provide a means to assign a value to data. The ability to exchange data for appropriate consideration (e.g., money, data of like value, etc.) creates a self-sustaining incentive to further improve the ability to share data by continuing to refine the ontology, vocabulary, and metadata semantics used to find, identify, describe, and place a value on wind energy data.

NRG: What does the wind industry stand to gain from embracing digitalization?

MP: At its heart, digitalization is about improving processes. For wind professionals, that could look like reducing time and effort around wind data analysis, empowering people with varying levels of technical understanding to make informed, data-supported decisions, and improving how wind industry stakeholders work together to achieve our shared goals, which at the end of the day, are rooted in making the clean energy transition as efficient and as successful as possible.

MP: We have been working towards launching a universal data model that standardizes wind resource assessment data. This data model will transform how we structure and transfer data throughout the wind resource assessment process, saving users time, leaving less room for error, and allowing for effortless repeatability. We believe that an open-source data standard eases the friction of data transfer within and between organizations and enables scalable workflows including quality control, summary statistics, analysis, and reporting. This universal data standard will serve as a foundation for next-generation workflows that enable data science and machine learning applications. We are encouraging wind industry professionals to use, review, and contribute to this standard. Head to our data standard GitHub repository to partake!

CLICK HERE for additional information about IEA Wind Task 43 and to learn how you can get involved.