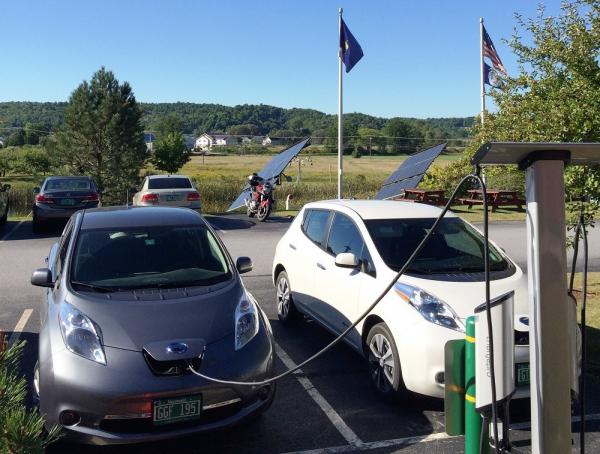 Over our 35-year history, NRG Systems has, with intention and deliberation, created a company culture around a simple concept – to be the change we want to see in the world. Our mission-driven, values-based organization is absolutely, 100% committed to fueling the globe with renewable energy and we do our part to help make this a reality by selling smart technologies and services to a wide range of customers in the sustainability sector all over the world.

Environmental stewardship – taking care of our environment both at home and abroad – is core to who NRG Systems is. But how do we ensure that we are delivering on this?  One way to “walk the talk” is by offering a benefit that encourages, educates and sometimes incentivizes employees to make changes in their personal life that lessen their carbon footprint.  If we want to be that change, we have to start with ourselves.

For over fifteen years, NRG has reimbursed employees that purchase energy efficient items for their home. This includes everything from LED light bulbs and Energy Star appliances to insulating curtains, renewable energy systems, and a large list of additional items. In 2016, 75% of NRG employees took advantage of this benefit, with NRG reimbursing nearly $25,000.

What is the ROI on changing behavior? Is this concept of “walking the talk” impacting the choices that our employees make, both at work and at home?  We learned recently that it certainly has.

Earlier this year, we partnered with a new company called Sustainability Benefits to administer this particular benefit for our company.  As part of their service, Sustainability Benefits conducted a survey comparing NRG's carbon footprint with that of the state of Vermont as well as the rest of the country. Three key areas were measured:

With 77% of our employees reporting, our collective per capita household emissions ranked lower than both the state and the U.S.

The above graphic illustrates how NRG employees' household emissions compare to those of the state of Vermont and the rest of the United States.

Walking the talk is, perhaps, a form of peer influence. For example, when I first started working at NRG over ten years ago, I admittedly did not pay much attention to the carbon I was emitting.  Within the first year, however, I raised my own awareness and made several key changes.  Similarly, a year ago, one employee owned an electric vehicle.  Today, seven employees plug in at our newly installed EV station.

Raising awareness about our own carbon footprint and understanding that whatever we can do, whatever incremental change each of us can make in our work and home lives, can make a difference.  The renouned environmentalist Bill McKibben has stated that 350 parts per million carbon dioxide in the atmosphere is the critical number that we must not surpass in order to maintain a stable, livable planet. We are currently at 400 parts per million. Everyone can be part of the action to reduce this number and companies can lend a helping hand by offering their employees a simple benefit like the one from Sustainability Benefits.

Now that we see the direct connection between our benefit and its impact on our employees and the environment, NRG will continue to find ways to do better.  In 2018, we will run the survey again and highlight the year over year changes. We hope you’ll join us.