What’s the Future of R&D in the Wind Industry? 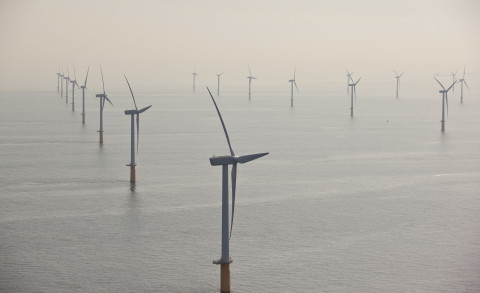 When the wind industry finally reacted to the world’s financial crisis—it didn’t fully hit us until 2010—at once, we lost both an incredibly vibrant global wind market and sufficiently robust profit margins. The market recovery is rebounding nicely now, thanks largely to government incentives, but profit margins will probably never fully recover—at least, not to the levels they were at leading into 2008. This will have an enormous and continuing impact on R&D.

The year 2008 is often referred to ardently as the golden year for wind energy. Turbine OEMs were signing framework agreements for many hundreds of turbines at a time. Deliveries were scheduled on a highest-contract-price, first-served basis. Customers whose pockets were not as deep were waitlisted by leading OEMs. Some wind farm developers chose turbines based largely on availability rather than specification.

By 2010, R&D centers were operating everywhere. One of the world’s top two leading turbine OEMs opened four R&D centers in the USA along with others in Germany, Singapore, India and the UK, with plans for additional R&D centers in China. The R&D projects we had in development were revolutionary. From high-temperature superconducting material applications, to new revolutionary electrical machine concepts, to utility-scale energy storage, to 140-meter concrete towers that could be fabricated onsite, to novel offshore turbine substructures derived from the oil and gas industry, new technology projects found funding merely on the basis of potential market expansion—with a full level of confidence in the financial return.

Those days are pretty much gone. Every project is now funded solely on the principle of bankability, and today’s lenders are the most risk-averse that our industry has ever seen. Return on investment is considered only after risk mitigation. No one is taking any chances. Profitability no longer serves to mitigate the risk.

What that means for R&D is that our industry’s technology curve is nearly fixed on a trajectory that only strives to make today’s turbine technologies bigger and more powerful. There’s very little appetite for technologies that are really new. Bigger blades, bigger generators and gearboxes, and higher, stronger towers—these are the playground for most of today’s R&D engineers. Even in the aggressively expanding offshore wind market, turbine substructure engineers are still focused almost exclusively on merely fabricating larger monopoles and jackets—technologies that were used in the 1990s for the first offshore wind farms ever built.

But there is really great news behind the curtain, news that only some of my colleagues have begun to fully appreciate. While R&D was almost completely curtailed following the financial collapse, it did hit every company in nearly the same way. Companies large or small, no one had the chance to take R&D to the next technology curves while leaving most of the rest of us behind. No, everyone was fairly well stuck together.

Now that the markets are rebounding again, the big players are still struggling to reinitiate their once aggressive R&D efforts. Profit margins are simply still not adequate for large companies to launch large R&D. That’s good news for smaller companies that are leaner and more agile. Much of the true R&D we see today is emerging from the smaller suppliers and OEMs.

I feel a great sense of sadness over the demise of what used to be a vibrant R&D industry. Having worked in R&D for multiple large-scale OEMs, I can understand how difficult it is to restart the infrastructure that was dismantled not so very long ago. I’ve seen many really great and revolutionary projects come to an end, and I fear that those projects may never be restarted by the leading manufacturers.

But now that I’m working in a smaller company with global reach, I’m encouraged by the talent, the determination, and the imagination of engineers who are once again contemplating revolutionary advancements. These smaller companies are accustomed to doing so much more with so much less. I stand at the door looking into some truly innovative ideas and think to myself, this is where it's happening now.