Using Lidar for WRA Campaigns: Your Questions Answered (Part I) 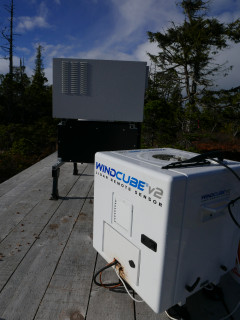 In the course of conversations with wind developers new to Lidar technology, a number of questions seem to come up regularly. In this and future blog posts, I will attempt to answer these questions in some detail to benefit others who might be pondering them as well. Two very practical questions have to do with how might affect overall wind resource assessment (WRA) campaign duration and also whether frequent relocations of the device are warranted.

Please note: “Official” answers are best provided by independent consultants who have credibility in the realm of wind farm design and financing. These experts are paid to plan defensible measurement campaigns that minimize AEP uncertainty and preferably return multiples in financing savings for every upfront dollar invested in the assessment phase. When in doubt, talk to your consultant!

Q1: Does using a WINDCUBE allow me to shorten my WRA campaign duration?

The answer to this question is “no” in almost every conceivable situation. A properly sited WINDCUBE Lidar will mimic the quality of data provided by a well-instrumented met tower while providing greater quantity of data (more heights, more velocity components), so in many respects it can be thought of as a direct surrogate to conventional met towers.

More met towers and/or taller met towers at a project site will beneficially reduce horizontal and vertical measurement uncertainties compared to fewer and shorter met towers, but they will not reduce campaign duration. That is due to the simple fact that annual means and seasonal variations are two of many vital components of the wind resource that must be characterized in the course of a WRA campaign, and merely measuring at higher heights (200m, for example) for shorter periods provides no special shortcut in this regard.

Q2: How often should I relocate my WINDCUBE?

The answer to this question is both site and financing-specific, but for the vast majority of developers, a general set of guidelines is applicable. DNV (2011) provides an excellent background on the subject. As the primary goal of any WRA campaign is accurate AEP estimation and uncertainty reduction, the use of the remote sensing device should be planned with great care to attack the greatest sources of uncertainty at a given project. Campaign design should include both plans for measurement locations and metrics for quantifying when enough data has been collected at a given location.

Generally speaking, DNV recommends measurements at a single location for eight sequential months or longer, or in shorter periods across all four seasons using a seasonal sampling technique. In either case, it is assumed that an on-site met tower can be used as both a periodic verification device for the Lidar as well as a longer term reference for extrapolating a seasonal sampling campaign to other months of each season, or perhaps of a one year campaign to multiple years. The recently released "Evaluation of Site-Specific Wind Conditions v 2.0" (MEASNET 2016) largely mirrors DNV’s earlier recommendations, and it especially cautions against short (<3 month) remote sensing campaigns that fail to cover the range of seasonal variability in weather conditions, atmospheric stability, and even surface roughness.

In "Shorter Wind Measurement Campaigns: Speeding up Wind Farm Development with Lidar" (EcoFys 2013), it is estimated that a single season of measurements can lead to a 10% error in calculated long-term wind speed, even with the best measure-correlate-predict (MCP) extrapolation in place. A similar conclusion is reached by Filippelli et al (2014), with the authors finding more acceptable uncertainty thresholds reached at a six-month minimum duration but preferably longer.

Given these recommendations, is there any place at all for short (three months or less), non-repeating Lidar measurement campaigns? Maybe. If wind conditions in a specific season or of a specific magnitude or direction largely found in a specific season are a driving uncertainty in energy estimation, wind farm layout, or turbine selection, then a short campaign may be warranted and extremely beneficial to the developer. There is also the argument that “something is better than nothing” for a developer facing real-world constraints, whether those be temporal or financial.

In "Extrapolation and Remote Sensing" (Oliver 2011), the question was posed as to whether three month remote sensing (RS) campaigns + MCP adjustment to an on-site reference met tower was more accurate than a typical linear flow model. The RES Group team studied 40 separate pairs of physical measurements and found the RS + MCP method beat the flow model method in terms of mean absolute error on wind speed in 34 of 40 cases, across all terrain types. The author theorized that three month campaigns capture mesoscale effects that flow models do not, and that these mesoscale effects might actually be more important to capture than seasonal variations within a particular site. This led to the conclusion that perhaps the wind industry should be using remote sensors far more “aggressively” for spatial uncertainty reduction than the prevailing recommendations would suggest.

RES Group (Kapetanovic et al 2015) took this concept a step further by examining actual remote sensor data paired with multiple masts at five unique sites (13 pairs total). The 2015 findings supported those from 2011 with the conclusion that more than three to four months of remote sensing data + MCP was on average more accurate than a linear flow model. Exact length and number of remote sensor deployments required at a given site could further be optimized by comparing the correlations between the two distant measurements (a mast and a remote sensor located elsewhere on site), since such correlations tended to be negatively correlated to mean absolute error of the RS + MCP (i.e. intra-site prediction) technique.

The practical questions of cost and logistics certainly come into play when frequent device relocations are called for, but both are increasingly manageable given the growing number of trained field technicians capable of performing this work at reasonable cost and with close attention to detail.

In conclusion, it can be argued that a WINDCUBE Lidar dataset of virtually any duration will have some usefulness in uncertainty reduction in energy estimation, with six months or more being optimal but as little as three months still potentially leading to an improvement over a wind flow model. Campaigns of even shorter duration should either be part of a seasonal sampling plan or performed with a site-specific, more qualitative question in mind.