It’s déjà vu all over again.  Once again, political shortsightedness threatens to stifle a booming wind industry just as it did 30 years ago.

In the 1970’s there were two major oil shocks which spurred significant federal R&D investment in renewable energy technologies, and encouraged Congress to put major tax incentives in place to spur development – the investment tax credit, the renewable energy investment tax credit, accelerated depreciation, etc. During the Carter administration from 1977 through 1980, SERI was created, the Rocky Flats Wind Test Center was built, now NREL/NWTC, and the position of Assistant Secretary for Renewable Energy was created.  The US DoE funded large corporate wind energy development programs at GE, Westinghouse, United Technologies, and McDonald Douglas and supported small companies like Northern Power, Enertech and Pinson Energy.  The American Wind Energy Association was founded. By 1980 the US was the world leader in wind energy.  In 1980 the largest wind farm in the world was begun in San Gorgonio pass in Southern California to provide energy to the California aqueduct system. 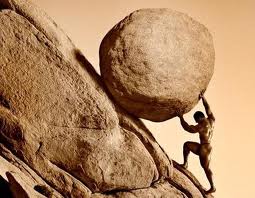 But also in 1980, Ronald Reagan defeated Jimmy Carter to become the 41st President and Reagan, like the Republican climate change deniers of today, was a skeptic.  His view of conservation was “freezing in the dark.”  By 1982 he had cut off virtually all Renewable Energy Research and Development funding.  By 1984 his Congress had repealed all renewable energy tax support.  GE, Westinghouse, UTC dropped their wind energy development programs.  Enertech, Pinson and many other small wind companies went out of business. 1982 was also the year that NRG Systems was founded to provide sensors and loggers to the much shrunken wind industry.  Fortunately that flowering of technology in the late 70’s had brought many committed and talented folks into the industry who maintained their passion and engagement as the US wind industry went into hibernation.

For twenty years these folks labored in the wilderness while the European wind industry received strong and consistent support, building larger and larger turbines for larger and larger wind farms on the European continent.  In the 1990’s energy economics once again began to make wind power a viable energy source in the best wind resource areas, but by then there were no US manufacturers and all turbines had to be sourced from Europe.  Finally by the 21st century the US government began again to provide federal support for the development and deployment of wind energy, and by 2008 there was once again a robust, vibrant wind industry in the US, with over 75,000 jobs.  Large corporations made capital commitments to industrial facilities.  GE was back and so was UTC, and hundreds of new enterprises were flourishing across the country.

Sure the Great Recession hurt, slowing demand for generating capacity and limiting project financing, and the plunging price of natural gas, like the dropping price of oil in the early 80’s, has challenged the economics, but what really hurt was the Republican takeover of the House of Representatives in 2010.  Like Reagan in 1982, they don’t get it.  As in 1982, they are opposing federal support for wind energy.  And just as it did in 1982, Congress cutting off this support will stop the growth of a vital energy industry in the US (For example, GE plans to mothball its wind turbine manufacturing facilities in the US in 2013 and Vestas plans to layoff a third of its US workforce).  This time, however, it won’t be Europe which benefits from our lack of vision, it will be China.  And four years from now, when the wheel turns again as it always has and always will, it will be China where we source our wind turbine generators.  2012 is NRG Systems’ 30th birthday and we are looking to China (and India, and Brazil, and South Africa) for our future.