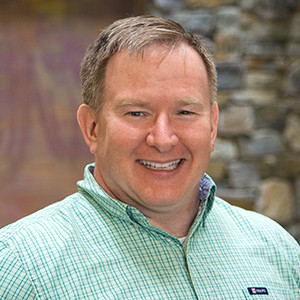 When most people think of Vermont, they picture rolling hills, cow-dotted pastures, and lots and lots of maple syrup—not a vibrant tech hub that is home to an enviable Gigabit internet network and a slew of cutting-edge, technology-based companies. Thanks to Burlington’s recent designation as a White House TechHire City and a nod from The New York Times highlighting Vermont’s robust tech economy, the state’s reputation is finally catching up with its accomplishments.

At the heart of this burgeoning tech industry is a group of passionate and innovative leaders that includes RNRG’s own Principle Software Engineer, Rob Hale. Rob, who helped found the Vermont Code Camp and serves as the co-organizer of the Vermont Coders Connection as well as HackVT, the state’s annual hackathon, was recently named an Executive Fellow of BTV Ignite—the Vermont arm of the US Ignite initiative, which aims to grow tech hubs around the country. Rob, along with eight other members of Vermont’s technology ecosystem, has been selected thanks to his significant expertise as well as his extensive work as a facilitator and convener of ongoing education and training initiatives in the region.

In addition to their ongoing individual endeavors, Rob and the Executive Fellow team will serve as BTV Ignite’s public-facing entity, representing the organization in meetings and at conferences as well as fielding questions from the press. “We will also start hosting the Connector Series,” says Rob. “We have technical and non-technical people who are in all kinds of endeavors; health, education, the arts, energy, and advanced manufacturing. The Connector Series intends to explore problems and collaborate across all those fields. If you have two atoms that collide, they make a new molecule—that was kind of the inspiration behind the series. We want to facilitate these conversations where collisions of ideas can happen and maybe we will get something new out of it.”

For Rob, his work at RNRG is a natural fit with his BTV Ignite endeavors. “RNRG is a very innovative company,” he says. “There are a few startups in the manufacturing space and I think there are a lot of valuable lessons to be learned from us. It’s this exchange of ideas that helps these emerging companies and, in turn, the state and the wider economy thrive.”

Please join us in congratulating Rob on his exciting and well-deserved appointment as Executive Fellow of BTV Ignite!