I may not have lived through the Arab Oil Embargo, but I am old enough to know that we’ve been here before on national energy policy. Justin Wheating’s post from March 11, talked about the ebb and flow of political will, blindly following, as if in a trance, one oil spike after another.

Now, a week after President Obama’s address on energy security, I think we’ve begun a new cycle. We’ve poked our heads out of the sand as gas prices approach $4 per gallon to admit we have an energy problem. 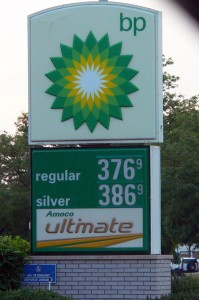 Obama has shown signs of life on energy policy recently. He announced a Clean Energy Standard (CES) of 80% by 2035 in his State of the Union address, and he called for a one-third reduction in our dependence on foreign oil within a decade.

It’s hard to know if this strategy is pragmatic or just ill-informed. At times Obama appears to get it – that peak oil (my words, not his) represents an economic threat to our long-term prosperity.

In his March 30 speech at Georgetown University, Obama stated, “The United States of America cannot afford to bet our long-term prosperity, our long-term security on a resource that will eventually run out, and even before it runs out will get more and more expensive to extract from the ground.”

Yes, that’s true. So why perpetuate our dependence on oil by opening up our oceans to offshore drilling? Why prolong transition from rampant oil consumption to conservation? Increasing domestic oil production is a dangerous short-term panacea that sends the wrong message to the American public.

The second part of his policy attempts to address this criticism. Through a mix of energy efficiency measures (e.g., higher fuel efficiency standards for trucks) and enactment of a Clean Energy Standard, Obama hopes to meet future energy demand with clean energy sources.

Also during his Georgetown speech, Obama said, “I think with the right incentives in place, we can double our use of clean energy. And that’s why, in my State of the Union address back in January, I called for a new Clean Energy Standard for America. By 2035, 80 percent of our electricity needs to come from a wide range of clean energy sources – renewables like wind and solar, efficient natural gas.”

Sounds good, right? The devil is in the details. Depending upon the fuel mix, exemptions, targets, and timelines of a CES, we could end up with a less stable, less secure, and less clean energy future than the one we have today. Why? Stability and security of our electricity supply depends upon diversity of sources and stable long-term pricing.

Obama and others are quick to celebrate the virtues of natural gas. Right now it provides 20% of our power supply and under the proposed CES that percentage could increase to 40. The price of natural gas is low right now, but uncertainty surrounding federal regulation, future energy demand, and the devastating environmental impacts of hydraulic fracturing suggests the price will rise. Renewables technologies, on the other hand, provide stable, long-term pricing because their “fuel” is free and abundant.

If we’ve learned anything from the BP oil spill, the Massey Energy coal mine explosion, or the Fukushima nuclear disaster, it’s that cataclysmic unforeseen events can wreak havoc on human life, regional economies, our natural world, and global energy prices. Why switch dependence from one limited finite resource – one that’s energy consumptive to extract – to another? 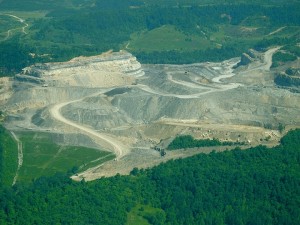 Furthermore let’s not kid ourselves about the clean attributes of natural gas, nuclear power, or clean coal (e.g. carbon capture and sequestration.) Our attempts at creating a long-term energy policy have failed in the past because the rhetoric about the long-term has never matched short-sighted legislation. Looking long-term requires that we consider the future impact of our energy choices, not just how they will affect the next election. When comparing the environmental impacts (and long-term costs) of energy choices, we must look at the total carbon lifecycle of the sources – from extraction, to generation, to decommissioning. We must also look at water use, land use, and external costs such as health effects.

Last month Senators Bingaman and Murkowski issued a white paper on a Clean Energy Standard. The paper raised more questions than it answered, but at least it has sparked a conversation. It’s a starting point – but if Obama’s speech is a signpost for where we’re headed, I fear we’re traveling down the wrong road.