Going to Bat for Wildlife Conservation 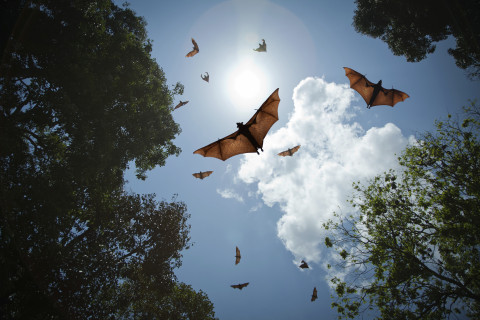 I am excited to say that RNRG was recently invited to speak on a panel at the AWEA Wind Project Siting & Environmental Compliance Conference in Charleston, S.C. The panel focused on how technology can be used to minimize the wildlife impacts of wind energy and explored what it takes to develop game-changing technologies and get them to market. It included perspectives from a variety of angles: legal, regulatory, commercial, and technological.

RNRG was asked to join the panel because it has partnered with Bat Conservation International (BCI) to develop and commercialize a turbine-mounted bat deterrent device. RNRG is working with BCI on a Department of Energy project to validate the deterrent’s ability to reduce impacts to bats in comparison to curtailing the turbine at lower wind speed, which is the primary mitigation measure currently in use.

On the panel, RNRG offered the technologist perspective and shared what opportunities and challenges we face when deciding to develop a product such as this. As a product manager, identifying these opportunities and challenges is the first step to successful development, so the topic is quite timely. In preparing for the panel, I thought about the most basic development question of all: why is RNRG motivated to introduce technology for minimizing impacts of wind on wildlife, and in this case, bats specifically?

The answer to this question has two facets: RNRG believes deeply in wildlife conservation and a future powered by renewable energy. We don’t believe that those convictions are in contradiction to one another. In 2008, we were one of the visionary founding partners of the American Wind Wildlife Institution (AWWI), whose focus is to characterize the impacts of wind energy on wildlife and create cutting-edge solutions to minimize those effects. We recognized early that no energy source is without environmental consequences, and we want to be part of the solution.

So what does that have to do with bat deterrents? In recent years, several bat species in eastern and midwestern North America have been devastated by white-nose syndrome (WNS), a disease affecting hibernating bats. This epidemic has caused several species to become endangered, triggering regulation under the Endangered Species Act (ESA). That means that any bat deaths, even if unintended, are tightly regulated to ensure the survival of the species.

In some wind projects, it is possible for turbines to have an incidental take of these endangered bats. The current method of minimizing harm to endangered bats is to curtail wind turbines (stop/slow blade rotation and stop energy production) at low wind speeds, from below 4.5 m/s to 6 m/s depending on the project. In some rare cases, the curtailment can extend to 6.9 m/s. These measures effectively reduce the impact on bats, but they also have the unfortunate consequence of also reducing the amount of renewable energy produced by the project.

RNRG’s aim is to help our customers make more renewable energy, so when we see conservation practices that by their very definition diminish the amount of energy generated at a wind plant, we start looking for a better technology-based solution. This sort of motivation is built into RNRG’s DNA, and we come to work every day with the inspiration that the effort we put in now will help produce a cleaner energy future for all of us.

To learn more about bat conservation and the wind industry, check out these resources: