ESD and the NRG Class 1 Anemometer 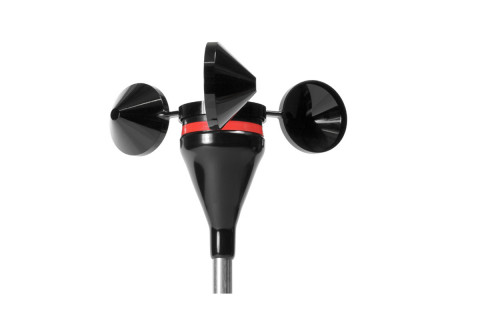 Electrostatic Discharge (ESD) resulting from direct or indirect lightning strikes on a meteorological tower can damage scientific instruments, including NRG instruments and sensors. If you are experiencing high equipment failure rates due to ESD at any of your sites, the first action you should take is to ensure that your meteorological towers are properly grounded, which is required to minimize ESD damage. For instructions on how best to ground your met towers, please refer to Appendix G of the SymphoniePRO Data Logger Manual.

Certain conditions make it harder to ground met towers, including high incidence of lightning strikes, high soil resistivity, high winds, low humidity, and the height of the tower above ground. Proper tower grounding may not be enough to fully protect your instruments and sensors at locations exhibiting these characteristics, so NRG has consistently focused on building features into our products that increase their resilience in ESD challenging environments. For instance, each individual input channel on the SymphoniePRO wiring panel has ESD protection built in, tested to IEC 61000-4-5 for surge immunity. This ensures that any electrical damage to one channel does not affect all channels on the wiring panel, so you continue to collect data across your other channels uninterrupted.

Anemometers are another product prone to ESD-related failures, especially primary anemometers installed at the highest point on the met tower where the risk of direct lightning strikes (and induced high voltages) is considered greatest. In some recent instances we have even seen anemometers installed above a tower’s top lightning spike to minimize flow distortions for some short term measurement campaigns with strict uncertainty requirements, which puts the primary sensor at even greater risk. There will always be an increased chance of ESD-related failures with these system configurations, but in an effort to maximize the number of sensors that survive for the duration of such a campaign NRG has investigated a variety of solutions to improve the ESD resilience of the NRG Class 1 Anemometer.

Based on the high voltage testing NRG engineers performed during the material change verification process, the resulting NRG Class 1 Anemometer is the most resilient anemometer to ESD damage that NRG has ever produced.

We are excited to introduce this change, effective May 2018, and for the reduced ESD failure rate that our customers can expect as a result. If you have any questions about the improved NRG Class 1 Anemometer, or about anything related to the ESD protection in NRG products, we would love to hear from you.