Is the future of a particular business determined today only by its skills in competition, or is success in collaboration now a critical factor? This question came to mind as I read a review in the New York Review of Books of Here on Earth: A Natural History of the Planet, by Tim Flannery. The author of the review, John Terborgh, took exception to Flannery’s resort to the Gaia Hypothesis as a grand metaphor for the resilience of the natural world.

Terborgh observed that in a time scale of hundreds of thousands, perhaps even millions of years, the Gaia Hypothesis of environmental stasis maintained by the interaction and inter-dependence of organisms and the atmosphere may be explanatory.  However, it is clear that natural and unnatural factors are capable of upsetting and breaking down that stability – for example, meteor impacts, massive volcanic eruptions, carbon saturation of the atmosphere.  In other words, the atmosphere that sustains us is both resilient and fragile and we humans are entirely capable of destabilizing it and rendering our only home uninhabitable. 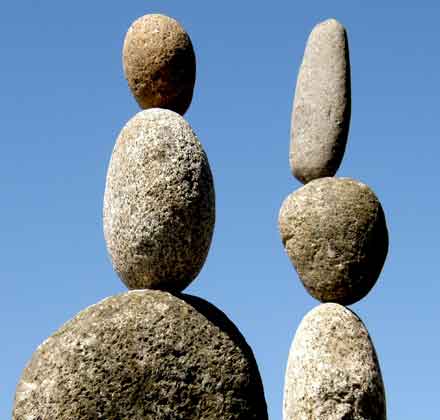 Theory of Evolution: Competition and Cooperation

Terborgh argued that if we are to change our current course we might better look to the theory of evolution as guidance.  Unfortunately evolution, a one-hundred-fifty-year-old proven scientific theory, is held in only marginally greater regard than human-induced climate change – approximately 60 percent of Americans do not accept evolution as a proven theory!  Anyway, back to Terborgh’s point, a central mechanism of evolution is the tension between competition (“nature red in tooth and claw”) and cooperation (“the altruism gene”). Competition is essential for adaptation in a profoundly dynamic natural world.  Cooperation is essential for survival in an indifferent and massively powerful natural environment. Sole reliance on either position is a dead evolutionary end.

This principle extends into the political realm as well.  Radical communism fails because it stifles the individual drive to excel.  Radical capitalism fails because it destroys the social fabric.  Recognizing this fact for any law of nature and society, and bringing it into our political discourse may begin to build the philosophical basis for policy decisions that could change our current dire course – i.e., appropriate regulation of corporations and banks or a successful conclusion of the Kyoto protocol to reduce carbon dioxide emissions and climate change.


Terborgh set me to thinking about business, often viewed as the arena of unbridled competition.  However, I dispute this narrow view.  For many of us, what is particularly rewarding about our work lives is the opportunity to collaborate in a shared enterprise focused on success.  In the last few years, thanks to the emergence and development of tools of communication and data management, the scope of business activity at all levels, from large to small, has expanded to encompass the entire globe, and with that, the opportunity for collaboration on a global scale has expanded as well.

It is now possible, indeed imperative, for a small company in the northeast corner of North America to establish close, productive and vital technology partnerships with small companies in the heart of Europe, to collaborate with partners in Asia and Africa and South America to provide responsive service to its customers, and to maintain and grow these partnerships effectively. In this way a small company like NRG Systems can build global networks to serve global markets with solutions and services that can create a better world and, perhaps, help to sustain Gaia so she can sustain us.