China's having fun. Are we? 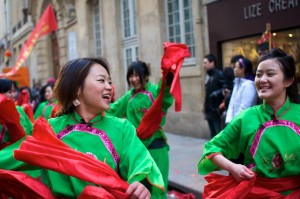 n the ground. During my short stay, I had the opportunity to see in person some of the issues that are being written about so prolifically.


China’s got problems but it also has solutions

The first obvious problem was air quality. Although it was regarded as “fair” by the locals and described as fog, it was awful, and got progressively worse during the week. The second obvious issue was the traffic. The major arteries around the city were pretty much clogged at any time of the day. Like any city, some taxi drivers went faster than others, but none of them sought alternative back street routes. I’m not sure if this was due to lack of alternatives or lack of initiative, but I’ll save that debate for another time.

The locals with whom we met acknowledged these issues, but accepted them as part of living in Beijing. However, as evidenced by reports in the daily papers, the authorities aren’t as complacent. In every issue there was a significant article concerning renewable energy: perhaps a new development or government initiative. What was my takeaway from these initial impressions? The Chinese government knows it has a pollution problem and it is actively involved in fixing it.

During my visit I also talked with several expatriates who had lived in China for 20 years or so, and “gone native” as my UK friends would say. The government, they explained, is cleverly managing the challenges of a large population looking for a higher standard of living. China needs to maintain a growth rate of 7-8% to keep its population employed and happy, a key element of which is to manage its energy needs while reducing pollution.


The upside of benevolent control…

Why can’t we do this in the US for goodness sake? The Chinese have the advantage of operating under a system where the government can not only do whatever it wants, but it can also stop its people from doing whatever it does not like. This works well when addressing big infrastructure issues, such as building diverse energy sources and the transmission system to support them. It also works well when the government allows the people to indulge in entrepreneurial activities; 70-80% of GDP growth comes from small companies and entrepreneurs. I was amazed by the number of people I met who had just opened (or aspired to open) their own business. And this wasn’t just about economic prosperity, this was also about having fun! Yes, the Chinese government now measures the happiness quotient of its people. It’s no wonder I saw so many smiling faces.

The problems come when the goals of the government and its people diverge. As China melds controlled socialism with communist oversight, it is still controlling free speech. The clampdown on the Jasmine Revolution and highly visible individuals who criticize the government, like Ai Weiwei, is problematic. Internet restrictions on social media sites such as Facebook and Twitter are also troubling, and create a drag on the happiness factor.

Still, from the very big picture, China is undergoing controlled change amazingly well – and not only for the benefit of its people, but also for the rest of the world. I wish the US could find a way to address our big infrastructure, energy, and pollution issues as effectively. If it means missing out on a few Facebook posts, I’ll take it.