A Look at the First Bat Deterrent System Trial in Asia

The first trial in Asia of NRG’s bat deterrent technology concluded this July, showing reduced bat activity at two ponds in the Philippines while the system was in use. The weeklong trial was led by King Mongkut’s University of Technology Thonburi (KMUTT) in Thailand and Northern Luzon Renewables, an 81MW wind farm located near the study site. The Rufford Foundation, a UK-based charity that supports nature conservation projects across the developing world, helped fund the trial. 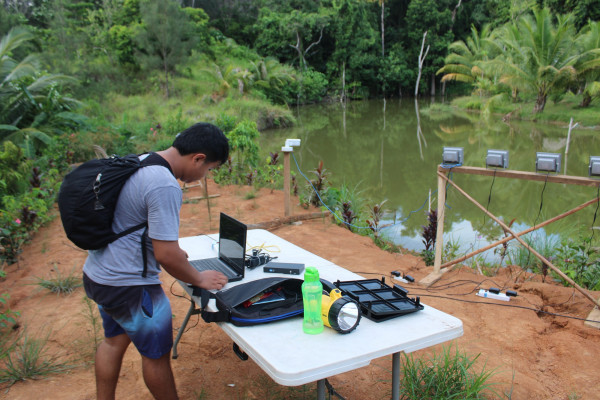 Setting up equipment at the pond test site in the Philippines.

Southeast Asia is home to a wide range of bat species, including numerous endemic species. As wind energy becomes a growing presence in the region, developers and conservationists are teaming up to preserve Southeast Asia’s rich biodiversity. Matt Crane, a Ph.D. candidate at KMUTT and researcher who worked on the Philippines trial, said, “As energy demand rises in Asia and wind development increases to meet it, it is essential that we identify potential risk to bat communities as well as practical ways to mitigate these impacts. Acoustic deterrents, which use high-frequency ultrasound to ‘jam’ bats’ echolocation capabilities, have proven effective at keeping bats safe at wind turbines in other parts of the world, and we are hopeful that they will be a useful tool for wind developers in this region as well.” 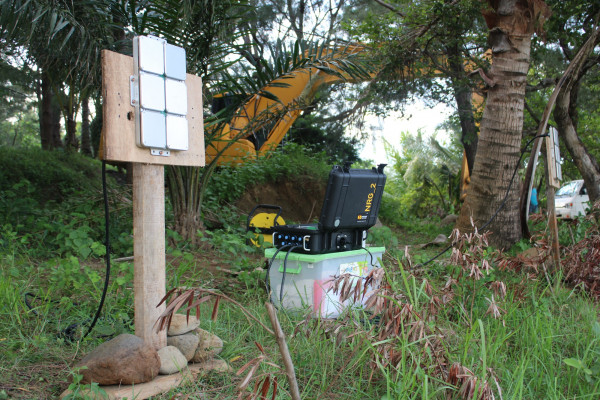 The Philippines trial involved deploying one Bat Deterrent System at ponds with high bat activity. Preliminary acoustic surveys helped identify six different echolocating bat species, including species from families that were not present at previous Bat Deterrent System testing sites in North America, Europe, and South Africa. Infrared cameras were set up at the testing site to monitor bat activity while the unit was both in use and turned off. Early results are promising, with video footage showing what appears to be decreased bat activity in the areas covered by the deterrent while the unit was on.

“The Philippines trial is particularly exciting because it will provide insight into how NRG’s bat technology affects bat species found in tropical locations,” said John Ugland, Senior Product Manager for Bat Deterrent Systems at NRG. “Up until now, our systems have been tested on bats that tend to live in cooler or more arid climates than those found in Southeast Asia. The Philippines pond study is the first step in understanding which Southeast Asian species, including some that do not echolocate, are affected by acoustic deterrents. This information is critical in determining how we can protect an even wider range of bat species at wind farms as the clean energy transition continues to grow in this region and around the world.”