Hinesburg, VT, USA – NRG Systems, Inc., a designer and manufacturer of smart technologies for a range of wind, solar, and meteorological applications, has announced that a trial of its ultrasonic acoustic Bat Deterrent System reduced overall bat fatalities at the Los Vientos Wind Energy Facility in Starr County, Texas, by 54 percent. The results of the test prove that NRG Systems’ technology is an effective tool for reducing mortality of  certain species of bats caused by wind turbines. The Bat Deterrent System is based on “jamming” the echolocation capabilities of bats, which they rely on for orienting, foraging, and communication, while causing no harm to wildlife that encounter the treated airspace. 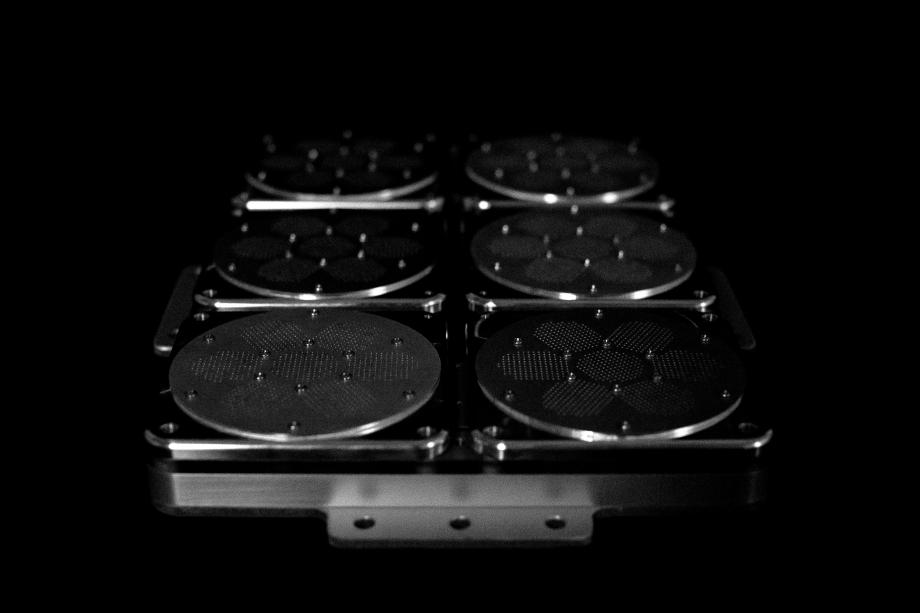 The test was led by  researchers from Texas State University in partnership with Bat Conservation International (BCI), and involved installing NRG’s Bat Deterrent Systems on 16 of the facility’s 255 turbines. Brogan Morton, Senior Product Manager at NRG Systems, said, “It is no secret that wind turbines cause mortality to bats. This has become an increasingly critical issue as bat populations across North America continue to decline. NRG set out to develop a technology that would allow wind developers and operators to protect bats while creating more energy more of the time. We are incredibly pleased to say that we are well on our way to making this a reality.” Sara Weaver, doctoral candidate at Texas State University, and biology lecturer at A&M, San Antonio, who led the Los Vientos study, said, “Our results from a robust, two-year study at an operational wind energy facility in Texas indicate NRG’s acoustic deterrents significantly reduce Brazilian free-tailed bat and hoary bat fatalities. Based on these results, the technology is a promising tool for reducing bat fatalities at wind turbines.”

While 2018 marks three years of testing for NRG’s Bat Deterrent System, research around using ultrasonic acoustic deterrents to reduce bat fatalities at wind turbines has been underway for over a decade. This was led by The Bats and Wind Energy Cooperative (BWEC), an organization that BCI helped launch and continues to coordinate.

“BCI is proud to partner with companies like NRG Systems  – entrepreneurs looking to reduce bat fatalities at wind turbine sites,” said Mylea Bayless, Senior Director of Network & Partnerships at BCI.  “We hope that future testing shows continued mortality reduction in additional species and that NRG’s Bat Deterrent System will serve as a highly effective tool for wind developers and operators looking to minimize their impact on bat populations.”

NRG’s Bat Deterrent System is currently available is North America. The company plans to hold trials of the technology in Europe in the near future, and looks forward to learning more about the System’s effectiveness in this region, which is home to its own unique bat population.

NRG Systems, Inc., a subsidiary of ESCO Technologies Inc. (NYSE: ESE), revolutionized the way wind resource assessment was done more than 36 years ago. Today, this heritage of innovation drives everything they do. The Company is dedicated to designing and manufacturing smart technologies for a more sustainable planet –that means more renewable energy, cleaner air, and a safer environment for all. Their measurement systems, turbine control sensors, and Lidar remote sensors can be found in more than 170 countries. For more information, visit nrgsystems.com.

The mission of Bat Conservation International is to conserve the world’s bats and their ecosystems to ensure a healthy planet. BCI works with experts from government agencies, private industry, academic institutions and other NGO’s through the Bats and Wind Energy Cooperative (batsandwind.org) to develop and disseminate solutions to prevent mortality of bats at wind turbines. For more information, visit batcon.org.

Founded in 1899, Texas State University is among the largest universities in Texas with an enrollment of 38,694 students on campuses in San Marcos and Round Rock. Texas State’s 189,000-plus alumni are a powerful force in serving the economic workforce needs of Texas and throughout the world. Designated an Emerging Research University by the State of Texas, Texas State is classified under “Doctoral Universities: Higher Research Activity,” the second-highest designation for research institutions under the Carnegie classification system. For more information, visit txstate.edu.